HomeAchieve Beyond BlogWhat are the different types of Autism?

What are the different types of Autism? 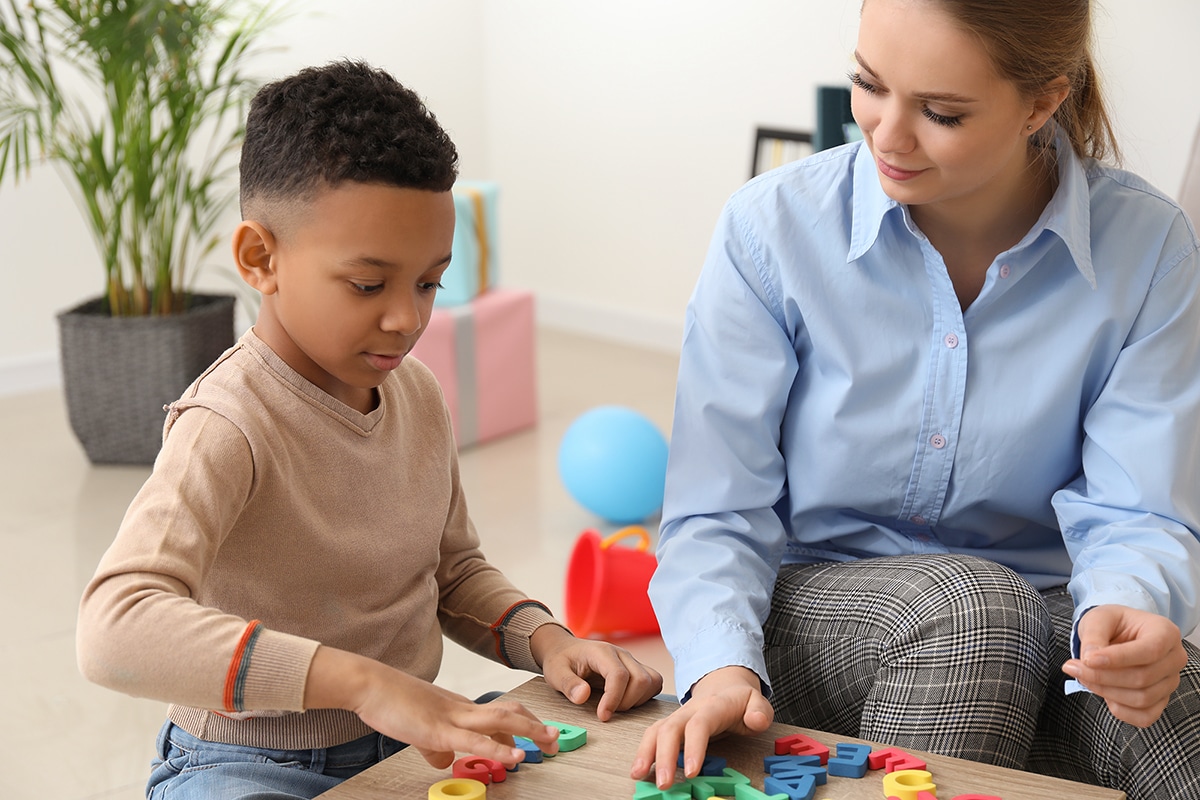 Autism spectrum disorders (ASD) include social communication and behavioral challenges. These challenges can be mild, severe, moderate and they exist across a spectrum. A diagnosis is based on the level of support needed (Level 1, 2 or 3). Early diagnosis means treatment can begin soon, which has been shows to increase positive outcomes for those diagnosed with ASD.

What conditions are considered Spectrum Disorders?

Before the latest update to the DSM-5 (a manual physicians and other clinicians use to diagnose ASD) there were a few different types of autism. Some were known as Asperger’s syndrome and pervasive developmental disorder not otherwise specified (PDD-NOS. Now, the characteristics of these disorders are lumped under the umbrella term, autism spectrum disorders (ASD).

Here is an overview of the recent changes:

This change was primarily due to the finding that the four diagnoses in the DSM-IV included similar behavioral characteristics just at different severity levels. This led to the development of the focus on autism as being a spectrum (Wright, 2013).

The diagnosis of autism spectrum disorder is now categorized by a person’s difficulties in the area of social communication and social skills as well as restricted or repetitive behaviors.

Asperger’s is considered to be on the milder side of the spectrum. A person with Asperger’s may be very intelligent and able to handle their daily life, however, they may hyper-focus on topics that interest them and discuss them nonstop; regardless if other’s have the same interest in the topic. Their core deficit lies within the social aspect of the spectrum. This includes having a hard time navigating non-verbal social cues, mannerisms, following the flow of a conversation and reciprocating conversations appropriately.

PDD-NOS was given to children who autism symptoms were more severe, but did not meet the criteria (according to the DSM-5) for the diagnosis of autistic disorder.

This term is farther along on the spectrum that includes more severe symptoms of autism than Asperger’s or PDD-NOS. It includes the same types of symptoms, but at a more intense level.  Some common symptoms include, deficits in communication, socializing, and restrictive and repetitive behaviors that inhibit everyday life.

Childhood disintegrative disorder was the rarest and most severe part of the spectrum. It described children who develop typically and then quickly begin to regress; losing many social, language and cognitive skills. Typically, the loss of skills would occur between the ages of 2 and 4. Often, these children also developed a seizure disorder.

Children will Rett Syndrome display behaviors similar to ASD and experts use to group it among autism spectrum disorders, but have since change its categorization. It is now recognized as a genetic disorder caused by a gene mutation. It is no longer considered an ASD.

How is ASD diagnosed now?

With the changes in the DSM diagnosis of autism (now known more precisely as autism spectrum disorder), also came the levels of ASD.

The levels of ASD allow for more clarity to be placed on a person’s diagnosis of ASD in terms of where they fit on the spectrum. Basically, the levels of ASD range from mild to severe symptoms.

Level 1 ASD is the least severe. This could be viewed as mild autism.

People who qualify as having Level 1 ASD may struggle in social situations and have some concerns with restrictive or repetitive behaviors but they only require minimal support to help them function in their day-to-day activities.

People with Level 1 ASD are likely able to communicate verbally. They may be able to have some relationships. However, they may struggle maintaining a conversation and making and keeping friends may not come easily or naturally to them.

People with Level 1 ASD may prefer to stick to established routines and feel uncomfortable with changes or unexpected events. They may want to do certain things in their own way.

Level 2 ASD is the middle-range of autism in terms of severity of symptoms and needs for supports.

People who qualify as having Level 2 ASD need more support than people with Level 1 ASD. They have more difficulty with social skills. Their challenges in social situations may be more noticeable to other people around them as compared to those with Level 1 ASD.

People with Level 2 ASD may or may not communicate verbally. If they do, their conversations may be very short or only on specific topics or they may need extensive support in order to participate in social activities.

The nonverbal behavior of people with Level 2 ASD may be more atypical from the majority of their peers. They may not look at someone who is talking to them. They may not make much eye contact. They may not express emotions through tone of voice or through facial expressions in the same way that most other people do.

People with Level 2 ASD struggle more than those with Level 1 ASD regarding their restrictive or repetitive behaviors. They may have routines or habits that they feel they must do and, if these get interrupted, they become very uncomfortable or upset.

Level 3 ASD is the most severe form of autism spectrum disorder.

People with Level 3 ASD show significant difficulties with social communication and social skills. They also have restrictive or repetitive behaviors that often get in the way of functioning independently and successfully with everyday activities.

People with Level 3 ASD often struggle with unexpected events. They may be overly or under sensitive to particular sensory input. They have restrictive or repetitive behaviors such as rocking, echolalia, spinning things, or other behaviors that preoccupy their attention.