HomeAchieve Beyond BlogWhat is Rhett Syndrome?

What is Rhett Syndrome? 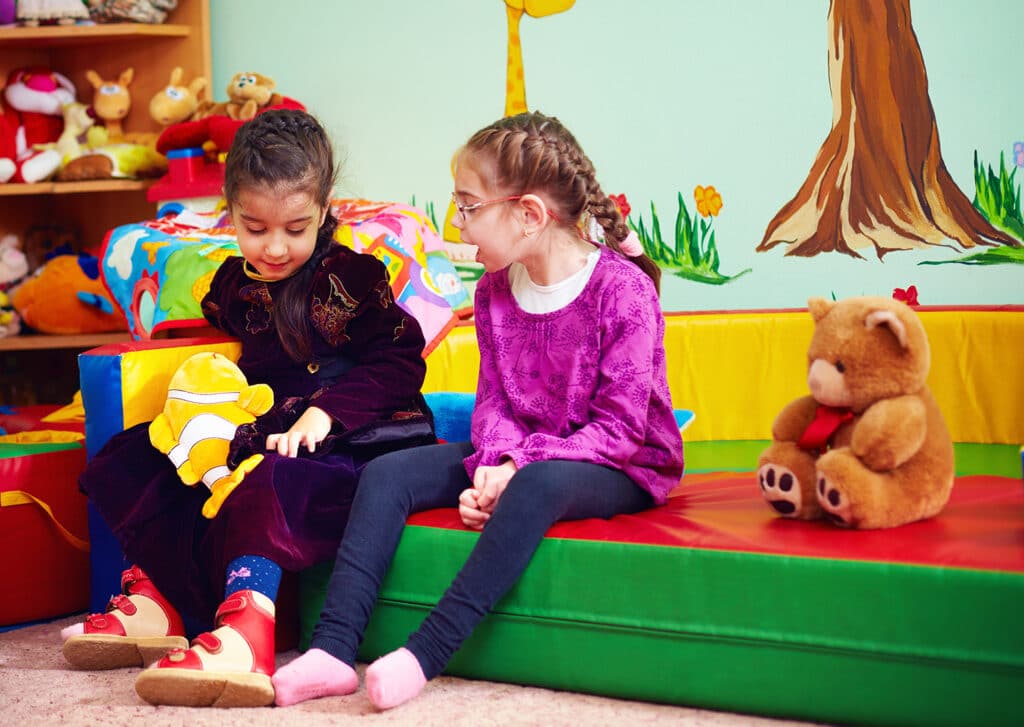 Rett syndrome (RS) is a neurological disorder often misdiagnosed as autism spectrum disorder (ASD), cerebral palsy, or non-specified developmental delay (PDD_NOS). RS is caused by a known defective regulatory gene (MECP2) found on the X chromosome exclusively in females. the vast majority of cases Rett syndrome is not an inherited disorder. In such cases, the parents have normal chromosomes and the mutation arises in one of the parent’s reproductive (germ) cells, usually on the paternal side.

Unlike females, who have two X chromosomes, males have an X and a Y chromosome. Because males do not have a “backup” copy of the X chromosome that can compensate for a defective one, mutations in the regulatory gene are lethal to the male fetus. However, males have been known to be diagnosed with RS, they just don’t present the same mutation on the same gene and females.

Rett’s syndrome is found in a variety of ethnic and racial groups worldwide and has an occurrence ratio of one in every 23,000 female births. However, the incidence may be far greater as new genetic evidence is discovered.

According to the International Rett Syndrome Foundation, there are a few main areas in which physicians use to diagnose Rett syndrome, which include: partial or complete loss of acquired purposeful hand skills, partial of complete loss of acquired spoken language, gait abnormalities (impaired absence of ability to walk), hand wringing, squeezing, clapping, tapping, mouthing and/or washing/rubbing that seems habitual or uncontrollable (stereotypical of Rhett syndrome).

The International Rett Syndrome Foundation has also outlined exclusion criteria for a diagnosis which is listed as the following: brain injury secondary to trauma, neurometabolic disease or severe infection that causes neurological problems and grossly abnormal psychomotor development in the first 6 months of life.

As previously stated, genetic testing can confirm whether or not your child has Rett syndrome if you’ve begun to observe some of the typical characteristics outlined above. Genetic testing that confirms the specifics of your child’s gene mutation can help you: confirm a clinical diagnosis, learn more about the specific mutation, be eligible for clinical trials and natural history studies, contribute to knowledge of MECP2 mutations and inform you of risk of recurrence risk in future pregnancies.

The chance of recurrence in subsequent children for parents who have one affected child is approximately 1%. In rare cases, more than one child can be affected. When a mother is a known carrier of the MECP2 mutation, there is a 50% chance of passing that mutation on to her children.

Consider talking to a genetic counselor and/or genetic specialist as part of the testing process. They can explain genes, mutations, recurrence risks, and more. Mutations happen normally and spontaneously. They are not caused by something you did or did not do around the time of pregnancy.

The International Rett Syndrome Foundation states: “In 1999 it was reported that mutations in the MECP2 gene, located on the X chromosome, were associated with the clinical presentation of Rett syndrome. Since the ability to test the MECP2 gene has been available, there have been over 60 males reported with mutations in the MECP2 gene. A few of these males had a clinical picture consistent with the clinical criteria for Rett syndrome; however, most of these males presented with a different clinical presentation. Most males with mutations in MECP2 gene present with an earlier onset of symptoms, typically with significant problems beginning at or shortly after birth.

Many people with Rett syndrome live well into adulthood, although they may require constant care and supervision. However, there is an increased risk of sudden death in people with Rett syndrome. Approximately one quarter of deaths in Rett are sudden and unexpected. This may be due, in part, to heart irregularities, specifically a prolonged QT interval and T-wave abnormalities. The functioning of the heart is controlled by electrical nerve impulses that regulate normal rhythmic pumping activity of the heart muscle. After each heartbeat, this electrical system recharges, a process known as repolarization. During electrical stimulation, the heart muscle contracts, a process known as depolarization. The QT interval measures the amount of time required for these two processes to occur. When the QT interval is longer than normal (prolonged), the heartbeat may become irregular.

Treatment options that may be used to treat individuals with Rett syndrome are complex and varied. The specific treatment plan will need to be highly individualized. Early developmental intervention is important to ensure that affected children reach their potential. Most affected children will benefit from occupational, physical and speech therapy. Various methods of rehabilitative and behavioral therapy may be beneficial. Additional medical, social and/or vocational services including special remedial education may be necessary. Psychosocial support for the entire family is essential as well.