What is ABA therapy for Children with Autism

HomeAchieve Beyond BlogWhat is ABA therapy for Children with Autism 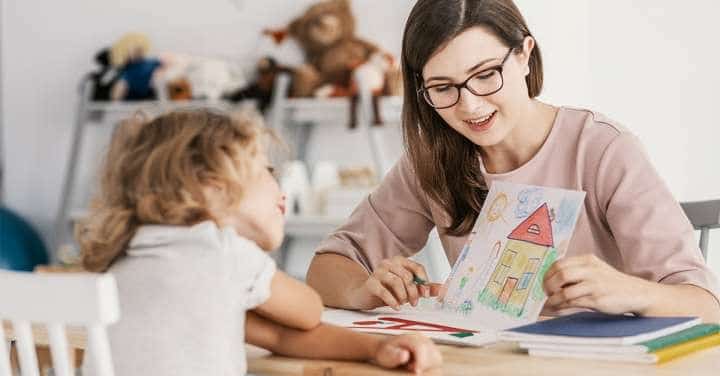 Concerns over the treatment of autism have become progressively widespread amongst society today. Autism spectrum disorder (ASD) most commonly referred to as autism is a developmental disability that can cause social, communicative and behavioral deficits. Autism does not have any official physical symptoms, but researchers have found craniofacial anomalies in individuals diagnosed.

Autism is commonly described as a spectrum disorder because of the wide range of symptoms experienced by individuals. Some individuals can function independently whereas others may need substantial support to perform daily living activities.  No one diagnosis of autism is identical, and it is important for people to avoid generalizations when interacting with a person that has autism.

Diagnosing autism can be challenging as there is no medical test or examination. Doctors diagnose patients based on behavioral and developmental milestones. The Centers for Disease Control and Prevention (CDC) reports that autism can be reliably diagnosed by age 2 but most children receive a formal diagnosis around the age of 5. Autism occurs across all racial groups but is 4 times more likely to affect males over females.

The exact cause of autism is not known but it is assumed to be a combination of both biological and environmental variables. Paternal age, having a sibling with autism, brain abnormalities, maternal lifestyle factors, exposure to environmental chemicals and events that occur in the prenatal period are all assumed to be factors that can influence the development of autism.

The Diagnostic and Statistical Manual of Mental Disorders, Fifth Edition (DSM-5) is the standard reference to diagnose individuals with autism. The DSM-5 criteria for diagnosing autism are (a) deficits in social communication and social interaction and (b) restricted, repetitive patterns of behavior, interests, or activities.

Common symptoms to be aware of are poor eye contact, delayed or lack of speech, lack of social smiling, lack of play skills or imitation, repetitive movements, sensory sensitivities and conduct issues. Early diagnosis is important as it gives parents the opportunity to begin early childhood intervention and improve long-term outcomes.

What is the Treatment for Autism?

The most common and effective therapeutic treatment for autism is Applied Behavior Analysis (ABA) therapy. ABA therapy is an evidence-based treatment that emphasizes on how consequences can be manipulated to promote positive behavior and minimize problem behavior. It is a data driven practice that takes a scientific approach to treatment.

Generally, clinicians will perform consultations and assessments, develop an individualized treatment plan, and use specific interventions to support the unique needs of the client. ABA is often a collaborative approach that integrates caregivers, teachers, and the therapist to meet treatment goals and outcomes.

What is ABA Therapy?

ABA is intended to improve socially important behavior by using strategies that are based upon the principles of learning theory. One of the main approaches used in ABA therapy is the avoidance of punishment and the utilization of reinforcement. Typically, when a problem behavior is identified in a child, parents will resort to using a punishment style procedure.

Punishment is when attempts are made to stop a certain behavior by imposition of a penalty. Although it may appear that punishment is the best disciplinary action to take on a child, that does not always hold true. Punishment teaches what not to do but fails to teach what you should do. Furthermore, research has shown that exposing children to harsh and excessive punishment can lead to antisocial behavior and other behavioral problems later in life. It may also evoke aggressive behavior and lead to undesirable conduct disorders. Punishment might work faster to stop undesired behavior, but it is not effective in the long run.

For these reasons, the disciplinary technique that ABA therapy utilizes is reinforcement. Reinforcement may seem like a new method to use on problem behavior, but it is used by experts, therapists, and teachers all the time. Reinforcement focuses on increasing and strengthening desired behavior so the likelihood of that behavior occurring again will increase.

ABA has proven to be an effective intervention in the treatment of autism. Sessions last approximately two to three hours and can be conducted in home, clinical or school settings. Treatment plans are designed to help clients develop receptive and expressive language skills, social and communication skills, academic skills, and life and safety skills.

Just like with any other treatment method, it is important to do your research and see if this is the right fit for you and your child. Before selecting a therapist, it is important to know how your therapist has been trained, if they are being supervised by a board-certified analyst (BCBA) and what measurable goals have been identified.