What is Autism Caused By?

HomeAchieve Beyond BlogWhat is Autism Caused By? 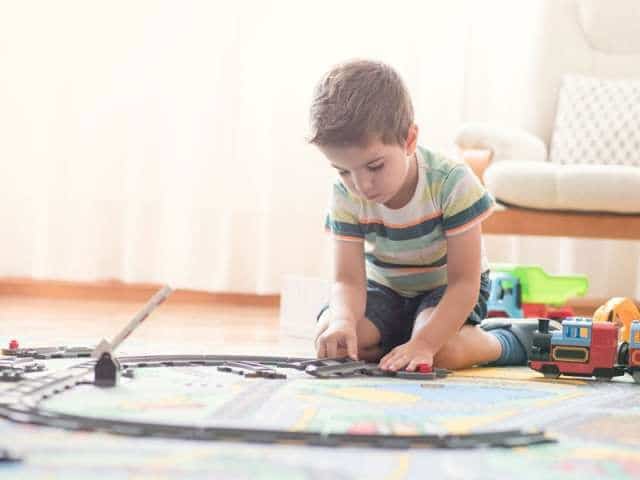 One of the many questions parents ask themselves once their child is diagnosed with autism spectrum disorder (ASD) is “Did we do something wrong? What caused this?” While it is understandable that parents and caregivers want to hear concrete answers, there isn’t a definitive one at the time. The behavioral differences of many individuals with autism are so apparent that it seems intuitive that the causes would also be obvious.

Researches are diligently working to identify an exact cause(s) for autism spectrum disorder (ASD), but at this time, there is no known cause. It is widely accepted that Autism is caused by abnormalities in in brain structure or function. This has been concluded by brain scans in children with Autism compared to children who do not have Autism. These scans show differences of shape and structure in the two group’s brain scans. Researchers are also investigating a number of theories including heredity, genetics and medical problems.

Leo Kanner, the man who first described the behaviors that characterize autism, explored “a genuine lack of maternal warmth” as a possible explanation for autism. This inaccurate belief left a legacy of shame and guilt in the autism community for at least the following two decades.

Several eminent scientists eventually extinguished the myth. Two of them were themselves parents of children with autism, and they highlighted a major flaw in the theory: parents who fitted the “refrigerator” stereotype also had children who did not have autism

To examine the influences of nature (genetics) and nurture (environment) on a given human quality, scientists study twins.

Scientists then look at the “concordance” of that trait – that is, the percentage chance that if one twin has autism, the other twin will also have autism. If the concordance is higher for identical twins than fraternal twins, then we can say the difference is due to the increased amount of genetic material shared by the identical twins, and that autism is influenced by genetics.

In many families, there seems to be a pattern of autism or related disabilities which supports the idea that the disorder has a genetic basis. However, no gene has been identified to cause autism, but researchers are searching for irregular segments of genetic code that children with autism may have inherited. These irregular genetic codes can be passed down from one parent or both, which may result in their child having autism (even if the parent does not have autism). Other times, these genetic changes arise spontaneously in an early embryo or the sperm and/or egg that combine to create an embryo. Again, the majority of these gene changes do not cause autism by themselves. They simply increase the risk.

However, with genetic technologies improving at an extremely fast pace, as well as global scientific cooperation that will lead to large numbers of people being studied, major advances in the understanding of the causes of autism are likely in the very near future.

A likely prospect is that many cases of autism will be related to what is called “common genetic variation.” This refers to differences in genes that are also found in many individuals who do not have autism and which by themselves are not sufficient to lead to autism. However, when multiple genetic risk factors are found in the same person, they combine to have a major effect on how the brain develops.

There are people who are more susceptible to be diagnosed with autism as ASD tends to occur more frequency than expected among individuals who have certain medical conditions, including fragile X syndrome, tuberous sclerosis, congenital rubella syndrome and untreated phenylketonuria (PKU). Children who were exposed to harmful substances during pregnancy have been associated with an increased risk in Autism.

Recognition has grown over the past decade that aspects of our environment may also contribute to autism. However, despite substantial research, no one environmental factor has yet been found to be a definite cause of autism. The most widely used research technique to examine environmental risk factors for autism is epidemiology, which examines how often, and why, diseases occur in different groups of people.

There are a few environmental factors during prenatal life have been linked with autism. Bacterial or viral infections in the mother during pregnancy have been found to slightly increase the risk of autism in the child. This could be due to the passage of harmful infectious organisms from the mother to the fetus through the placenta, or because the immune response of the mother may be detrimental to the developing brain of the fetus.

Additionally, a person is more at risk to develop autism if either of their parents (particularly the father) are of advanced age. Several studies have found that fathers who are over 50 at the time conception have a greater risk of passing gene mutations and are at a greater risk of having a child with autism. Additionally, if the pregnancy and/or birth had complications (extreme prematurity [before 26 weeks], low birth weight, multiple pregnancies, pregnancies spaced less than 1 year apart there is an increased risk of ASD.

Very importantly, not all people who are exposed to these factors are diagnosed with autism. One possible explanation for this is a phenomenon called gene-environment interaction, which is when the genetic make-up of two different people leads them to respond differently to an environmental factor.

Studies using brain imaging machines have examined whether parts of the brains of individuals with autism may be different in size, shape or function. However, the only consistent finding is just how much inconsistency there is. Not every individual with autism has differences in the size or pattern of growth of different brain regions. For those individuals who do, it is unclear how this may relate to their autism – like behaviors.

For a while now, it has been a mystery “why,” but there is now overwhelming evidence that the complete community of microbes in the guy plays and important role in human development and is essential for health immune and endocrine systems, as well as the brain. Between 30% and 50% of individuals with autism experience significant gastrointestinal problems, such as diarrhea, constipation and an irritable bowel (American Academy of Pediatrics, 2009).