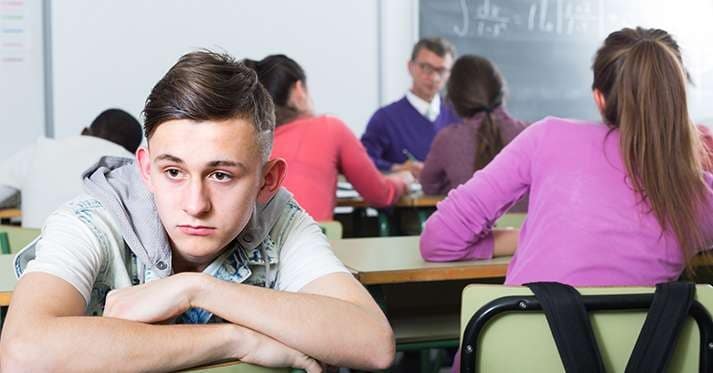 Hanging out with friends after school and on the weekends is a vital part of a teen’s social life. But for teens with autism spectrum disorders (ASDs), social activity outside of school is a rarity, finds a new study by Paul Shattuck, PhD, autism expert and assistant professor at the Brown School at Washington University in St. Louis.

“We looked at data from the National Longitudinal Transition Study 2 (NLTS2), a group of over 11,000 adolescents enrolled in special education,” he says.

“Out of this group, teens with an ASD were significantly more likely never to see friends out of school (43.3 percent), never to get called by friends (54.4 percent), and never to be invited to social activities (50.4 percent) when compared with adolescents from all the other groups.”

Teen years, in general, have their ups and downs. This age can be exceptionally difficult for individuals diagnosed with autism spectrum disorder (ASD). These are the years in which friend groups are forming based on common interests, there is a large pull to “fit in” and peer pressure becomes common, and teens’ social life becomes highly important to them. For those diagnosed with ASD, verbal and non-verbal social skills are difficult, interests may be very specific, and being in crowds of other teenagers could feel overwhelming.

Understanding the social world can be a major, and increasingly complicated, communication and social challenge for teens with autism. Teens with ASD often have trouble understanding and communicating their needs to teachers, in addition to having difficulties interacting with peers. At school, he or she may have difficulty understanding classroom directions and instruction from teachers as the instructions become increasingly more complex and require a significant executive functional repertoire.

Expressing themselves, following conversations, and accurately communicating with body language and voice inflection is difficult for teens with autism which decreases the likelihood of he or she finding value in peer relationships. Effective communicating in social situations may also be a challenge for individuals with ASD, disrupting the development of reciprocal relationships. As a result of these challenges, an adolescent with ASD may exhibit disruptive behavior both at home and at school.

Though some teens with ASD experience bullying, it is also common for them to become socially isolated. A national study of teens in special education revealed that students with ASD were less likely to take part in social activities than adolescents with speech and language disorders, learning disabilities, or an intellectual disability. More than 40 percent of the teens with autism never saw friends outside of school and half were never invited to take part in activities.

Very refined and highly specific interests is another symptom of ASD. While we celebrate individuality, the interests that teens with autism have may isolate then further from their peers. It’s no secret that peer pressure and pressure to follow the crowd is prominent in teen years. Teens with autism may not have any of the same interests as other teens their age, which makes it difficult to mingle with their peers.

Additionally, Teens on the autism spectrum tend to struggle with cognitive rigidity. Cognitive rigidity refers to a person’s inability to shift effortlessly from task to task or topic to topic. Cognitive rigidity occurs when a person is unable to consider an alternative viewpoint in a given situation. In a school or social environment, a teen may manifest their cognitive rigidity with intense and uncontrollable emotions. This alone could be isolating for them as their peers may not understand and/or have the capacity to respond to such emotions.

Strong cognitive rigidity also makes transitions difficult for individuals with autism spectrum disorder. Many students with ASD strongly resist change and are easily distracted by sights, sounds and smells. They may also struggle with physical activities because of a tendency to be clumsy and uncoordinated. Tasks such as riding a bike, catching a ball, and running can be a struggle to perform.

Many teens with ASD have executive function deficits that affect their ability to interpret social cues and develop certain skills. They may also have a hard time processing large amounts of information and relating to others and often find it difficult to get organized, solve problems, and keep their emotions in check. Executive functioning skills can further affect a teen’s performance in the following areas:

Executive functioning skills play an integral role in our day-to-day tasks. It can be challenging for teens to focus on their relationships with peers when they feel unorganized in their thoughts and surroundings.

The Appearance and Hygiene of Autistic Teenagers

Many teens on the autism spectrum struggle with performing daily living skills and developing good personal hygiene habits. These individuals have difficulties with daily routines such as showering, brushing hair, changing clothes, haircuts, and brushing teeth. Many teens with autism are unaware that it is necessary, while others have sensory sensitivities that make these activities extremely uncomfortable to them.

In both circumstances, the appearance and hygiene can make it harder for them to fit in with their peers and often create a strain in the family environment.

Gaps in Services During Teenage Years

Lastly, there is a heavy focus on early intervention for those diagnosed with ASD, but as individuals get older, services become harder to find and waitlists become longer. While those with ASD who receive services at a young age have the possibility of leading a life similar to that of their peers, learning and understanding the ways in which society moves and rapidly changes is arguably one of the more important life skills.

Being able to comprehend non-verbal social cues, initiate and reciprocating conversations and understand slang words and phrases are highly important skills in teen years. However, with the right support, teens with autism do live fulfilling lives and are apart of inclusive, respectful and compassionate social circles.