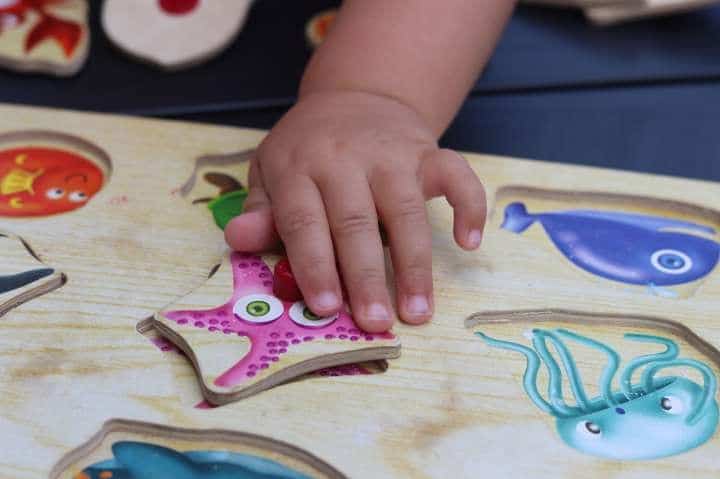 When we think about fairytales, we think about a prince saving the woman of his dreams and living happily ever after. It can be assumed that the prince and princess gets married, have their own family and the whole kingdom finds peace. Seems pretty simple right? The plots of these stories typically have similar messages, “love conquers all.”

However, in the real world, life gets complicated and there are many variables and challenges that we face in our daily lives. Life, love and behaviors are complex. Sometimes, we have to deal with challenging days and challenging behaviors. When things go awry, we need to find strategies in our toolbox to tackle these challenges. A great ABA strategy to add into our toolbox is called differential reinforcement.

What is Differential Reinforcement?

Queen Victoria pounded repeatedly on the door and every time, Prince Albert would ask, “who’s there?” in which Queen Victoria would respond with a sharp demand and shouted, “The Queen of England, and she demands to be admitted” and “I am the Queen of England, Scotland, Wales and Ireland, the Empress of India and of the entire British Commonwealth, I am the Commander-in-Chief of all the British armed forces, and I order you hereby to open this door!!”

Differential Reinforcement of Other Behavior (DRO)

Research have demonstrated that DRO is effective on various behaviors such self-injurious behaviors, aggression, disruptive behaviors, stereotypy and many others. DRO is easy enough to implement with fidelity by individuals who are inexperienced with behavioral interventions. However, DRO comes with some cons.

Unlike DRA, DRO does not teach an alternative or appropriate behavior and it can inadvertently reinforce other undesirable behaviors. As I mentioned before, life gets complicated. So for DRO, lets use a real life example. For some, one of the most challenging part of the day is homework time.

Let’s say John repeatedly leaves the table when he is asked to complete his homework. To decrease future occurrence of eloping, John will be provided a reinforcer if he does not leave the table for 5 minutes. So during this time period, John could be sitting down attending to the homework, sitting down reading his homework or he can be flipping through the page. Since he engaged in other behaviors except leaving the table during the time period, his mom gave him his favorite cracker after the 5-minute interval. If John, at any moment during the 5-minute interval gets up and leaves the table, his mom will not give him his favorite cracker.

Let’s use the same scenario with John. The target behavior we are looking to reduce is walking around when he is attending to homework. So, in this instance we can use DRI by choosing a behavior that would be incompatible to walking around the house. A behavior we can choose to reinforce is sitting in his seat.

Differential reinforcement of low rates of behavior (DRL) is a strategy that aims to reduce the rate of undesired behaviors that occurs too frequently. This means that the behavior being targeted is reinforced contingent on the number of responses within a specified period of time when it does not exceed a predetermined criterion (Cooper et al., 2020).

This also means that we are not looking to extinguish the behavior but we are only looking to lower the rate of it occurring. DRL is chosen for behaviors that are socially acceptable behaviors and when maintained or occurs at lower rates, they are considered appropriate.

Here is an example: its dinnertime and Molly enjoys this time with her family. Best of all, dad made her favorite food. She’s having spaghetti and meatballs tonight! However, Molly tends to eat too quickly and her parents are afraid she might choke. Her parents explained that if she eats at a slower rate by taking a small bite, followed by chewing it thoroughly and then swallowing it before taking another bite then she will earn television time after dinner.

You see, this behavior is socially appropriate when engaged at a lower rate, so it is important to not extinguish this behavior since we want Molly to keep up healthy eating habits. However, eating too fast is not only socially inappropriate but also a hazard since this can lead to choking.

Differential reinforcement of higher rates of behavior (DRH) is a strategy in which reinforcement is provided to increase the rate of a desired behavior. Reinforcement is delivered at the end of a predetermined interval and it is contingent on the occurrence on or at above a pre-determined minimum or established rate. This is a behavior that is already in the individual’s repertoire but something that we would like to increase.

Let’s say Molly eats too slowly. This might not be a problem at home, however in school there is a time limit on lunch. Molly typically eats less than half of her lunch, which makes it difficult for her to focus on schoolwork when she starts to feels hungry. We want to ensure that Molly can finish her lunch at a faster pace. So her dad made her a deal. Every time she can take three or more spoonful of rice within 5 minutes, her parents will give her one cookie in her jar. This strategy will help Molly eat at a faster rate so that she can gradually eat at an appropriate rate to ensure that she can finish her lunch within the 45-minute lunch break she gets in school.

Over of Differential Reinforcement

Differential reinforcement strategies are important components of behavioral interventions. They can be implemented with other interventions and are often paired with reductive procedures. There are many procedures that practitioners can choose from to help decrease or eliminate maladaptive behaviors. However, there is a risk of unwanted side effects that may occur from implementing extinction and punishment procedures alone. Pairing differential reinforcement has been empirically proven to help reduce unwanted effects of reductive procedures.